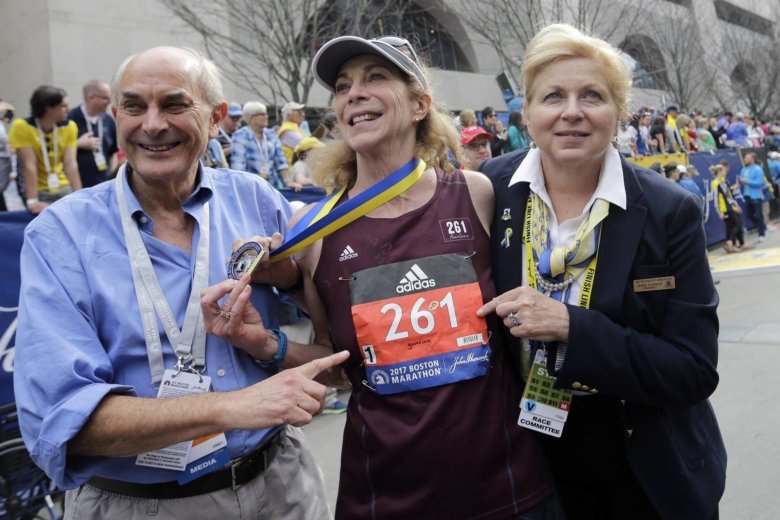 WASHINGTON — Running is about putting one foot in front of the other, no matter your age, say Kathrine Switzer and Roger Robinson — a husband and wife team known to many as royalty in the running world.

In 1967, Switzer, now 71, became the first woman to run the Boston Marathon as a numbered entrant. She was nearly tackled midrace by its director for competing at a time when women were barred from the race.

Her husband, 79-year-old Roger Robinson — a masters running pro, running journalist and author — represented England and New Zealand in world championships, set masters marathon records at Boston and New York, and won his age division after a knee-replacement. And he already has running goals after a recent second knee replacement.

The couple, who once rooted for Marine Corps Marathon runners when they lived in Vienna, Virginia, is returning as celebrity guests for the 2019 race weekend. This year, they are bringing a message of perseverance and resilience that transcends the sport.