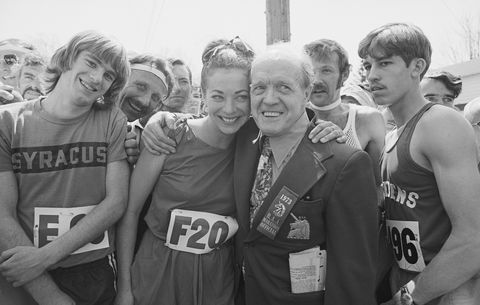 The controversy that swirled around this iconic event — a woman running in a men-only marathon — tends to diminish the athletic achievements of one of the world’s most renowned female runners. Kathrine went on to run Boston eight times, bettering her first time in 1967 of four hours 20 minutes down to 2 hours 51 minutes in 1975. At this time she was the third fastest American woman and sixth fastest in the world. Her 27-minute victory margin in the 1974 New York City Marathon remains the biggest margin of victory in the history of this race.