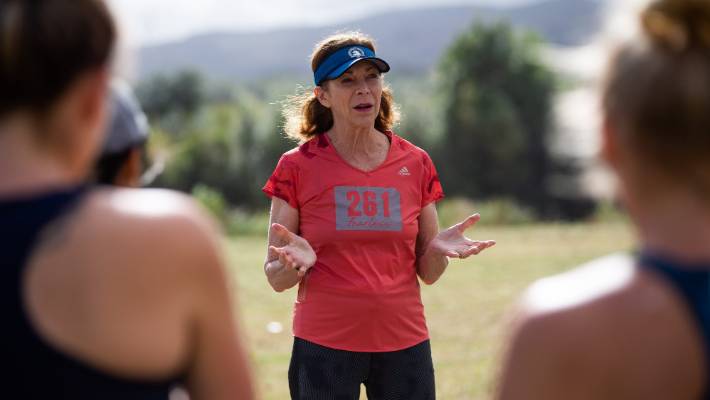 Iconic athlete Kathrine​ Switzer has been inspiring Manawatū runners and empowering women in the sport.

Switzer and husband Roger Robinson, who have both long been involved in running, have been in Palmerston North this week for three public events, including a women’s 261 Fearless run at Waterloo Park, a group designed to encourage women into running.

The pair were also guests at the Manawatū Striders super sevens run on Tuesday and talked about their books Marathon Woman by Switzer and When Running Made History by Robinson, at Shoe Clinic in Palmerston North on Wednesday.

Switzer, 73, is a champion of women in the sport and was famously the first woman to officially run the Boston Marathon in 1967. An incensed official tried to rip her bib number off and take her out of the race, but she ran on.

Link: https://www.stuff.co.nz/manawatu-standard/news/119240710/iconic-runner-empowers-women-through-sport?cid=app-android
Posted in In the News, Press Archive