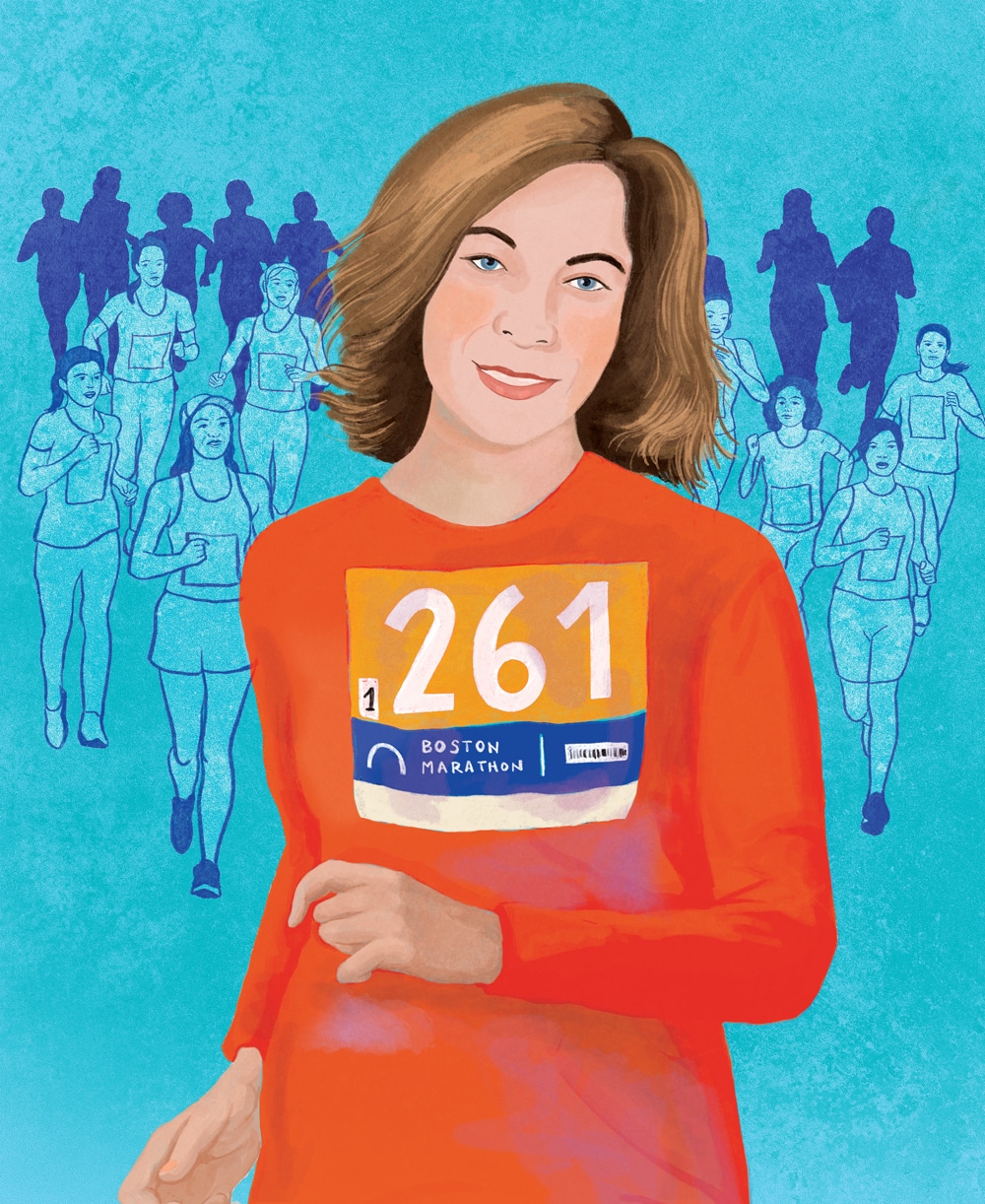 It’s one of the most famous running photos in history, and it doesn’t show a champion crossing a finish line or a brokenhearted runner-up. It’s the indelible image of a 63-year-old man trying to push a 20-year-old woman out of the Boston Marathon, contending (though gender wasn’t mentioned in the rules) that women weren’t allowed.

The runner, Kathrine Switzer, eluded cantankerous race official Jock Semple that day in 1967 and finished the race; she’d signed up under the name “K.V. Switzer” and—in the cold and snowy weather—worn a baggy sweatsuit that kept her from drawing attention at the starting line. That made her the first woman to officially run Boston, the number 261 safety-pinned to her sweats.

The incident helped pave the way for formal acceptance of women in the race in 1972, the first time women were invited to participate in what had been a male-only sports event. Switzer was back, among eight women (she came in third) in that epochal year for women athletes, when Title IX would also pass. Then, as organizer of the Avon Running Global Women’s Circuit, she spread the women’s running gospel worldwide. By 1984, the Olympics had added a women’s marathon, which Switzer also helped to push for, and for which she provided color commentary.